The creation of Circles of Light started somewhere in 2015, and I finished the last layer early 2020. Underneath the Circles are layers of ‘scattered paint’, in the sense that I would run into the garden early mornings, splash paint onto the canvas, followed by buckets of water. Then I would sit in the grass, and meditate on the remaining paint on the canvas: forms and figures would appear and sometimes even “talk”  to me. Usually it gave me inspiration for my writing meditation, for my inner search and for the rest of the day.

This process continued a few months, untill some day I just felt that a cycle had finished. A year or so later, early 2017, another cycle started. And new layers of paint, forms, figures and Light Language appeared on the canvas, and again I would just sit and meditate after each new layer. I never wanted this painting to be ‘something’. I just felt curious: where would this whole process lead to?

It took another few years and another 2 cycles of “play” and meditation, before the Circles of Light appeared. One day, I suddenly heard this one word: “Now!” and I took some colors, brushes, crayons , sat down and finished the Circles of Light in an hour or so. I knew: it is finished. It is done.

Coïncidence or not, but exactly at this time I had the idea and longing to create a Writing Circle, guiding people in writing their books. And that is what I did: the Writing Circle followed soon after this painting was finished.

I realised: the whole process of this painting was not only leading me to the finished form on the canvas only, but also to another form in a completely other area of my work. Again I could feel how both ways of creative expression (writing and painting) had stimulated and inspired each other. Circles of Light as the result of my inner path to growing Light, and my mission to connect seekers of Light, connect them into circles, and support and guide their vision and ways of expression.

Acrylic and crayon on canvas

Vibration of the Light: Ultraviolet (1)

(1) Ultraviolet is ranged in high frequencies; thus, it has antibacterial properties. It helps with issues of the back and the spine that are connected to the past and to our ancestry.

(3) Circles of Light vibrates therapeutically; it energizes a room and everyone in it. 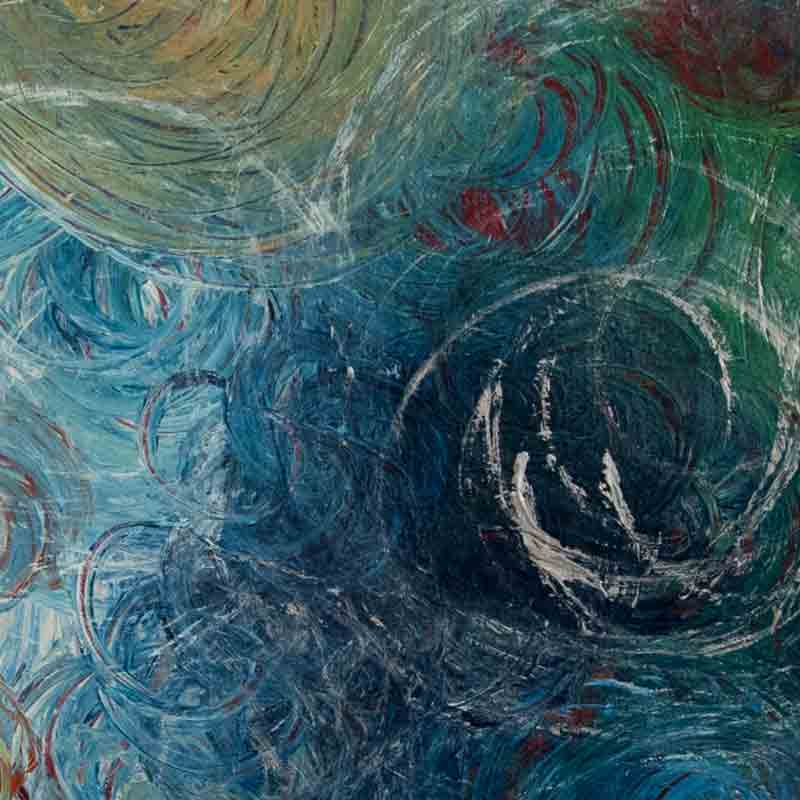